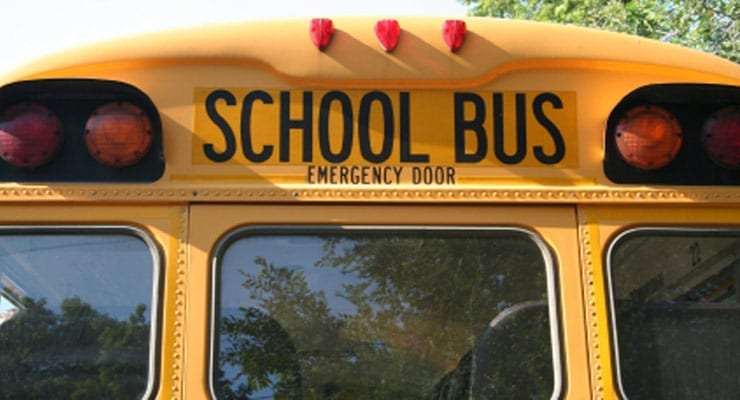 Almost eight months. Eight months of virtual kindergarten or, as he called it, “computer school”. Eight months from me and the child, his computer and his class. Eight months in which I picked up a weekly package of worksheets at school that I hadn’t set foot in yet. Eight months of trying to adjust to changing schedules and starting and stopping. Eight months of frustration and worry that I was trying my best to stay away from my child.

Not everything was bad. First, I used my skills as a retired elementary school teacher and developed complementary activities that matched what our son’s kindergarten teacher was doing with the class. We kept to a schedule and knew that hopefully one day (we weren’t sure when) he would be in school for a full day and had to get used to being in school longer. We planned a few masked playground play dates with a classmate he was drawn to from his first online class: “I think if I go to the right school, I want to be his friend.” they had a couple of FaceTime replay dates where they set up their tablets and built with LEGOs – separately but together.

In November, the school district first attempted to return face-to-face in a hybrid format, which meant families sending their children to school either in the morning or in the afternoon and then personally sent them home around the time they would be virtually spent in their specialty lesson – Art, music, STEM, PE. It was a start. Our son was very excited to ride the school bus, but we also knew how excited he was to meet the friends he’d only seen on the computer.

It was like we could finally breathe out, like we hadn’t realized how stressed we were all. With our son in school, even part-time, we all seemed to relax. We were so happy to hear him gossip about his school activities, the kids he met, the things they did. We were finally able to see how “normal” could look.

However, an increase in Covid cases caused by vacation changed that after the Thanksgiving break, all schools in our district that taught face to face returned to virtual teaching.

On winter school days, our son would get up and complain that he hated “computer school”. He asked the question to which I had no answer: “When will the virus go away?” He lost interest in the morning songs and routines he had danced to (albeit without a rhythm) once. He scribbled on his worksheets but still managed to follow the lessons, so I let him scribble away. He knows his numbers. He is learning to read. Academically, he understands it. But I? I was just worried.

Would this lead to bigger battles in the future? How long did it take before he completely lost interest in virtual teaching? Would that get him away from school? When would the poor kid ever find friends?

In February schools tried again to revert to the hybrid learning format used in November and our son’s grumpy attitude towards the school seemed to be dissipating. He was excited about school again. He got off the school bus and we all had lunch together before we set him up in front of his little laptop for his afternoon special. He didn’t seem to mind standing in front of the computer so much for these classes – I guess because at least he had to spend the morning at school with half of his classmates.

Things were definitely looking good. He would jump out of bed in a good mood. Walk to the bus stop even though we were never in danger of missing it. Come home and answer our many questions about whether he had a good day and what he learned.

And then, in March, we finally got the news that the students would have the opportunity to go to school all day after the spring break. (In our district, families had to choose either full-time in-person tuition or full-time virtual tuition – no more hybrid part-time learning.) Another milestone. Another first day of school.

It has now been a little over a month and we have settled back into our new routine very happily. It may not look like we imagined in kindergarten, but it has adapted. He has his temperature checked before getting on the bus. He wears a mask all day. The children’s desks are spread out. In the cafeteria, the children have an assigned place where they sit every day. He doesn’t seem to mind. I think all that matters to him is that he can actually spend time with his teachers and classmates. He has finally met his specialist teachers. He is allowed to be with other people than just me and his father.

When we got to the field shortly after all-day school had started for his first football training session in the spring, I was shocked when a group of children ran up to us and screamed his name as if he were a little masked kindergarten rock star. When he greeted her, I recognized some of her names from his days as a “computer school”. But there were some names I hadn’t heard before. It turns out that during the break he met one of the girls in the playground and that one of the boys rode with him on the bus. They’d complimented each other and started talking about Pokemon, and a friendship was born.

My husband and I watched the children run up and down the field, chase the ball, and do exercises. For an hour our son was completely unaware of our presence. And I realized this was what I was waiting for. I had hoped for that. For months, for a year, I had been so concerned that virtual learning would affect our child’s interest in school. I was scared that he would cling to me because I was scared of finally going to school for a full day. I was afraid that after spending so much time at home, he would have trouble socializing and making friends.

But we did it. We survived the virtual kindergarten. In the meantime he has developed into an extremely resilient little boy. In his short school career, he has learned to adapt to multiple schedule changes and different learning modes. He has learned independence – to find his way around the school building himself. He has learned manners – wishes the border guard a good morning on the way to the bus stop and asks the bus driver to have a good day. There is no doubt that he knows a thing or two about technology. He learns responsibility – packs his rucksack, returns library books on time and practices his slogans. He has learned to make friends – not only at school, but also on the bus, in the playground and on the soccer field.

And for me that’s the most important thing he could have learned in school this year.