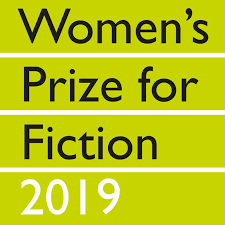 What better excuse to break the cobwebs of this blog than by announcing the 2019 longlist, which is probably my favorite award, the women’s fiction award. Those of you who have been a long time visitor to the blog (and I’m sorry it may be the longest-defunct book blog in the blogosphere) will know how much I love the award and have been doing it for many years. Tried guessing the longlist for yeeeeeeeears. You can see me in a video on my channel here recently if you missed it. I have also read the longlist for a number of years. I’ll be doing it again this year with a special guest, more on that shortly, but first here’s the selection of books that have just been announced …

I had only guessed six of the longlist, which is not my best BUT that’s never a bad thing. One of the things I always love about a longlist is having books I own or finding new books for myself. in this case the Li, Luiselli and McFadden. I also read six of the books; Braithwaite, Burns, Emezi, Miller, Moss (which I thought was too short to be on the list, but I’m thrilled), and Rooney – I’ll be checking all of these out on the blog soon. Promise.

Then I’ll read the longlist like I’ve done for the past few years and I’ve mentioned a special guest … this year I’ll read the shortlist (and hopefully the longlist as it might have a small head start) with my mom who i’m going to do videos and all sorts of things with. We are very excited.

I am also very excited to read the rest of the list. I’ll talk a little more about it here on my channel. What do you think of the list and will you read some or all of them? What did you read and what did you do with it? Let me know ALL of your thoughts!