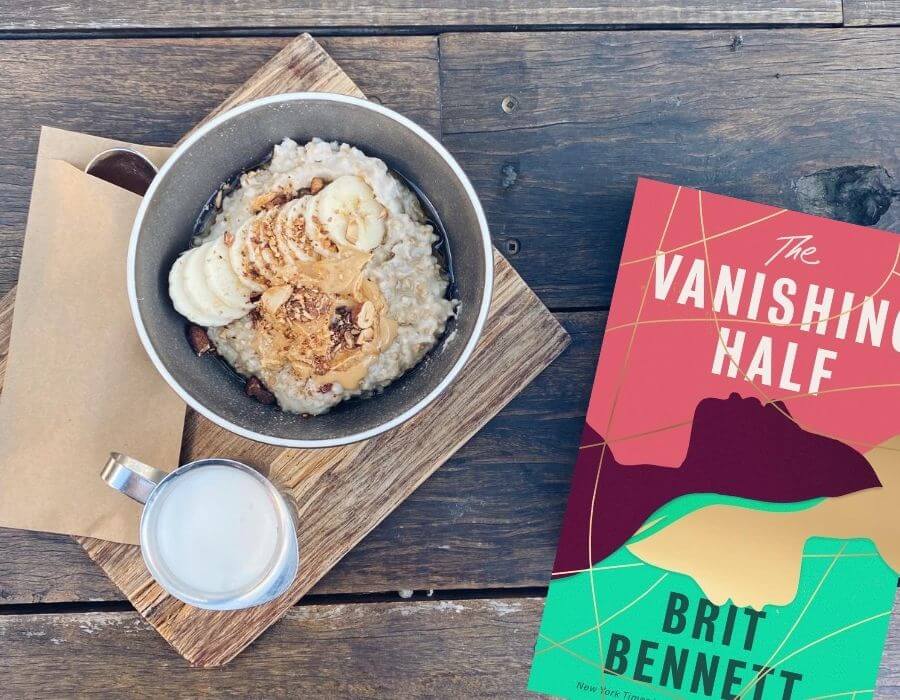 Like many people, I had high hopes for 2020. Not only did I plan to explore more of Australia; I too had aspired to read more books, more authors; and more classics than ever before. But unfortunately the bushfires came first and then Covid hit, and while I had more time than I would ever have thought in my adult life, I found that my attention span suffered a bit with all the extra hours I was granted. And in a double blow for a book blogger like me, it wasn’t just my readiness to read that scored a hit. I also have a tendency to blog about the books I’ve read.

Regular readers of this blog may have noticed a delay in the frequency of my posts. And while I hesitate to make any promises to improve my blogging game (we’re finally experiencing a global pandemic), both the start of spring and September are synonymous with the start of a new school year that is in my gut awakened the dream of a new beginning; and a need and a hope to start and write again. Luckily, a book I’ve been reading lately was just the ticket to sit down and blog again. And while I can’t remember who first recommended Brit Bennett’s The Vanishing Half to me, I know it will be some time before I forget this amazing book.

The disappearing half book review

The second novel by Los Angeles-based Brit Bennet, The Vanishing Half, is the timeless story of Vignes’ twin sisters who – despite being born identically – lead two very different lives. Born in Mallard, a small town in Louisiana, in 1938, they are part of the black community, though their fair looks may obscure their Negro heritage. The girls’ own father died by white men; A heartbreak that has haunted the twins time and again, and when they are forced to drop out of school at sixteen to supplement the family’s income, their hopes for a better future are brutally crushed – until the girls run away from home to to start a new life in New Orleans.

Years later, the sisters lost touch with each other. Desiree will return to her hometown with her young daughter in tow, fleeing from her abusive husband, while Stella has married a rich white man who knows nothing of her past. What follows is a story about the decisions that ultimately define who we really are, in which the twins’ daughters ultimately discover both their roots and the key to their long-lost identities.

Rich in vividly drawn characters, a compelling plot, and beautifully written prose, the plot spans decades as Bennett seamlessly ties the life of each individual character together.

A story about family, identity, race, history, perception, compassion and roots. You will think of The Vanishing Half for a long time after you turn the last page.

Buy The Vanishing Half from Waterstones, Amazon, or Amazon AU.

From the author of New York Times bestseller THE MOTHERS, a powerful new novel about the parallel lives of estranged twin sisters who choose to live in two very different worlds – one black and one white.

The Vignes twin sisters will always be identical. But after growing up together in a small black community in the south and running away at the age of 16, it’s not just the form of their daily life that is different as adults, but everything: their families, their communities, their racial identity. Ten years later, a sister lives with her black daughter in the same southern town where she once tried to escape. The other is secretly considered white and her white husband knows nothing of her past. Even so, the fates of the twins remain intertwined, even when separated by so many miles and as many lies. What will happen to the next generation when their own daughters’ storylines overlap?

Brit Bennett weaved several strands and generations of this family together, from the deep south to California, from the 1950s to the 1990s. He produces a story that is both a compelling, emotional family story and a brilliant exploration of the American history of what happened. THE VANISHING HALF goes well beyond questions of race to look at the enduring influence of the past that influences a person’s decisions, desires and expectations and examines some of the multiple reasons and areas that people are sometimes drawn to as something else to live their origins.

Brit Bennett was born and raised in Southern California. She graduated from Stanford University and later earned her MFA in Fiction from the University of Michigan, where she won a Hopwood Award in Graduate Short Fiction and the 2014 Hurston / Wright Award for College Writers. Her work is featured in The New Yorker, New York Times Magazine, The Paris Review, and Jezebel. She is one of the 5 Under 35 winners of the National Book Foundation 2016.

If you liked The Vanishing Half by Brit Bennett, you might also want to enjoy The Mothers.