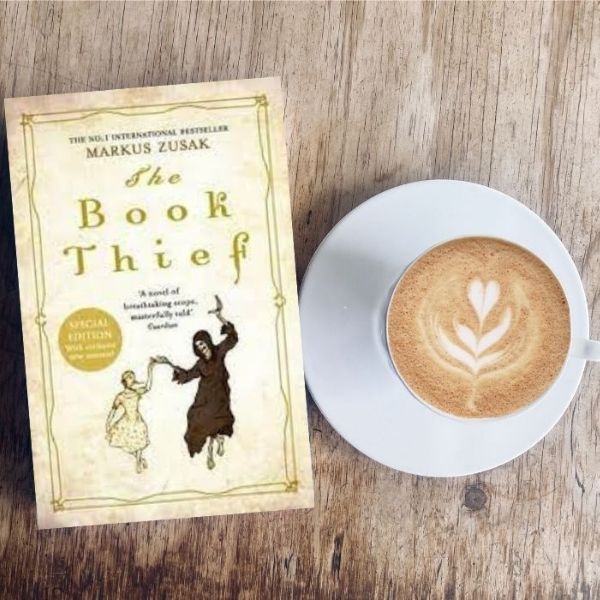 I am aware that I am saying this about a lot of books that I read – and that I will write about later – on The Literary Edit, but I intended to read The Book Thief by Marcus Zusak for absolutely jonks. First published sixteen years ago, I’ve owned several copies over the course of the year – one that Markus signed and dedicated to me after an event we held with him at Gertrude & Alice last year. I really haven’t counted how many people have told me to read it over the years, but it wasn’t until I recently recorded a podcast with Clay Zane Comber – author and owner of the lovely Bouquiniste bookstore – finally pushed it to the top of my endless TBR stack and sat down to read it.

Suffice it to say that The Book Thief is the only story I’ve read that has been told of death, and within the first chapter or two I could see why it was hailed as a modern classic by so many.

A touching story that tells the life of Liesel Meminger, a young girl who was almost ten years old when we first met. The Book Thief is set in Germany before World War II. After her father’s capture and the death of her brother, she was handed over to foster parents Hans and Rosa Hubermann, who live on Himmellstrasse in Molching just outside Munich. And while Rosa is often vulgar and aggressive, Hans quickly becomes a loved and supportive dad for the young girl.

What follows is a moving coming-of-age story in which the spirited young girl grows up against the backdrop of Nazi Germany. We see her build a solid and strong friendship with the local boy Rudy, develop a love for literature, fueled by stolen books from the mayor’s library.

A beautiful, lyrical, heartbreaking and powerful story, rich in ingenuity and imagination, The Book Thief is a love letter to words; to books; to their power for good and evil and friends who become family. The wait was worth it.

It’s 1939. Nazi Germany. The country holds its breath. Death has never been busier and will be busier.

At her brother’s grave, Liesel’s life changes when she picks up a single object partially hidden in the snow. It’s the gravedigger’s manual that was accidentally left there, and it’s her first act of book theft. A love affair with books and words begins when Liesel learns to read with the help of her foster father, who plays the accordion. Soon she steals books from Nazi book burns, the mayor’s library, wherever books can be found.

But these are dangerous times. When Liesel’s foster family hides a Jew in their basement, Liesel’s world is opened and closed.

The award-winning author Markus Zusak told us one of the most enduring stories of our time in a masterly and intense handwriting.

I liked this TEDX talk, in which Markus Zusak explains how failures can often motivate us to achieve our greatest successes.

Markus Zusak is the author of five books, including the international bestseller The Book Thief, which was on the New York Times bestseller list for more than a decade and has been translated into more than forty languages ​​- making Zusak one of the most successful authors to come from Australia .

To date, Zusak has been number one on Amazon.com, Amazon.co.uk, the New York Times bestseller list and in countries in South America, Europe and Asia.

His books The Underdog, Fighting Ruben Wolfe, When Dogs Cry, The Messenger and The Book Thief have received numerous awards, from literary prizes to readers’ prizes and prizes chosen by booksellers.

Markus Zusak has also written The Underdog, Fighting Ruben Wolfe, When Dogs Cry, The Messenger, and Bridge of Clay.