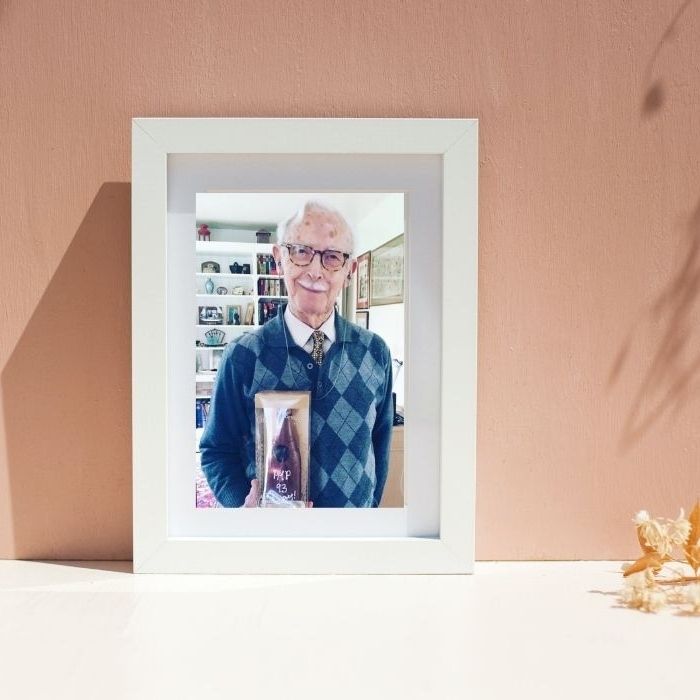 A little less than two months ago, my beloved grandpa Peter passed away. He was 97 years old and died in his sleep after a long and interesting life. He lived in the UK, Egypt, Palestine, Nigeria, France, Angola and Spain. During his service in World War II, his tank was destroyed twice, being the only survivor as a tank commander.

Since moving to Australia five and a half years ago, my biggest fear – and one that preoccupies most expats – has been that a loved one will die in the UK without me getting home in time to say goodbye. And while under normal circumstances I would have been faced with a 24-hour flight and a high price, in Covid-19 times it became completely impossible to be able to fly home for a final farewell.

It was the first week of December when my father contacted me and my three sisters to say we should prepare for the inevitable. While my grandpa had lived independently in Spain until a few years ago, his health had deteriorated after a stroke and every time I visited the UK in recent years his fragility and frailty became more evident. And while writing has long been my thing; and expressing myself through words is usually easy for me. After my grandfather died, I found it increasingly difficult to put into words the pain and agony I felt when I was so far from home.

Two days before his death, I asked about the brief biography my father had written about my grandpa and his various successes. It stated that my grandfather had spoken or translated French, Portuguese, Latin, Spanish, and New Testament Greek throughout his life. While I was reading the bio, I was walking down Hall Street in Bondi when I noticed a book that had been left on a wall. The cover read, “New Testament: Here is Hope.” I took it as a sign that he was with me and that he was safe and in peace and ready to go.

On the night of his death I had vivid and troubled dreams; hazy memories of summer vacation he spent with him in Spain; mild afternoons in the Spanish sun; the little family run restaurant we’d go to on Sunday after church; They curled up next to him on the sofa, covered with sunscreen, sand, and salt water, to see how The Bell Boy or The Pink Panther or Dirty Rotten Scoundrels were blamed.

He was a man of morality, great intelligence, devoted faith, a lover of words, languages, classical music, and dogs, and he was a devoted and fond grandfather who left a long-lasting legacy that I will keep in forever my heart. The day after his death, I tossed some frangipani flowers into the ocean and watched sadly as the waves carried them away.

I think of him when I smell sunscreen, when I feel the warmth of the sun on my skin, when I hear someone speak Spanish and every time I see a church. On my morning coastal walk along the sand in Bondi, when I feel further away from home than ever before, I know that I have inherited my grandfather’s love for travel, his thirst for sunnier climes and a life by the water. I feel his presence with me every day. I know the excruciating pain of his death will subside; And I know my love for him never will