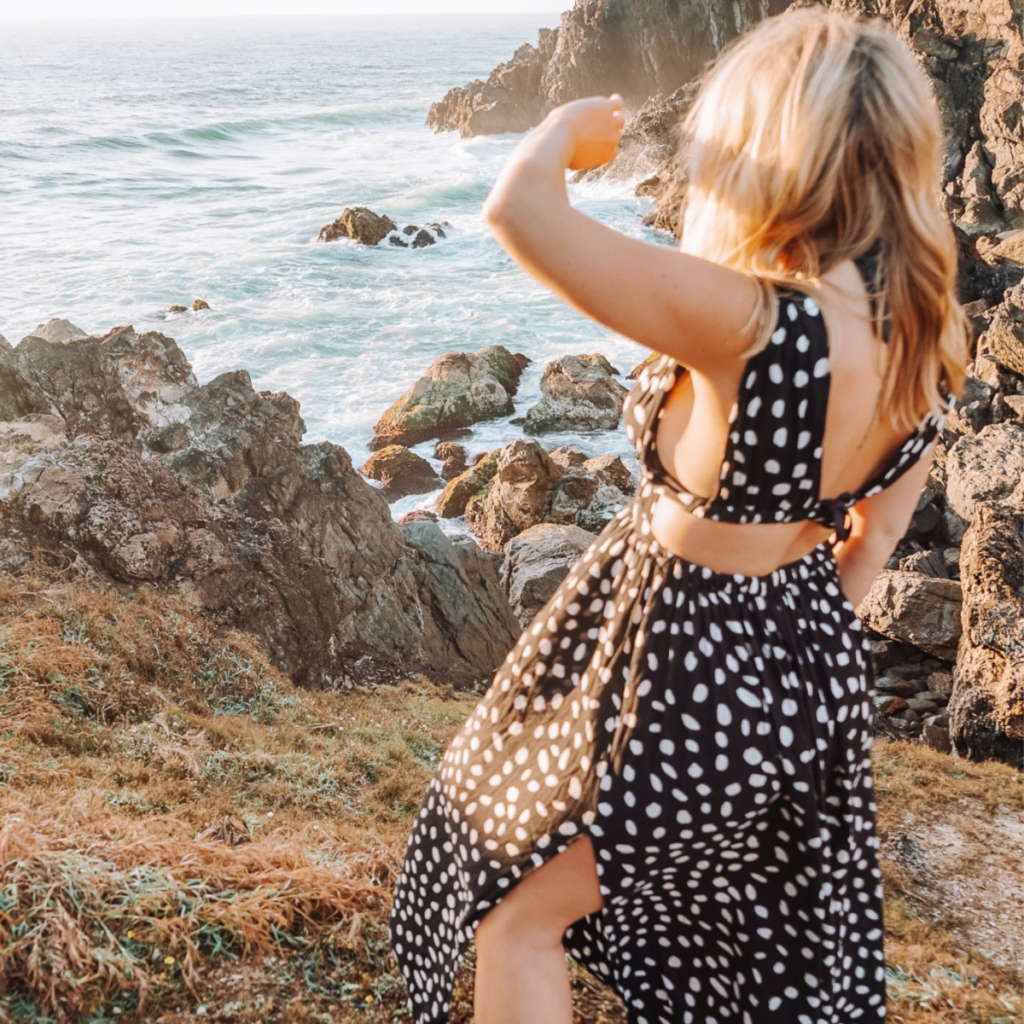 Today is my five year Aussie anniversary. It’s a day I never thought I’d make it; a notion that might make it all the cuter. I had planned to watch the sunrise from Bronte beach. But unfortunately the low clouds and the haze of mist that obscured the sky meant that the spectacular sunrise that I had hoped would mark the new beginning of my fifth year in Australia should not be. It reminded me of that famous line from Robert Burns’ beloved poem ‘To a Mouse’; “The best plans of mice and men often go wrong” – a feeling that sums up the last five years far better than I ever could. So instead I sat and watched the dark sky fade into lighter shades of gray and blue. and a pink stain smeared across the horizon. I watched the swimmers tentatively step into the rock pool early in the morning. I watched surfers get on their boards. When dog walkers started to fill the boardwalk and realized – this sunrise or no sunrise – how lucky I was to breathe the sweet salt of the ocean water and just be there in that moment and sit right where I should be.

There is no doubt that moving to Australia taught me many things. This grief is so often the price we pay for love; that my desire for a happy ending is deeply embedded in the structure of my being; Instead of being afraid of failure, I’ve learned to be afraid of regret. That I’m grateful that I didn’t know any better then, because if I had done things differently, I wouldn’t be where I am right now. That I am grateful for the exams that taught and tested me, as well as for the moments that made me happy. This despite all the crashing lows that are often synonymous with being an expat; the homesickness, the heartache, the longing and the grief that I am all the richer for it. Life in Sydney may not always be easy, but it is always clearly and absolutely worth it.

Yesterday I was in Manly for the day: I wanted out of the Bondi bubble, I had finished a book and one of my favorite people in the world lives there. I got a ferry from Circular Quay early in the morning, and when we were sailing across the azure blue of the ocean; As the harbor bridge, the opera house and the city’s famous skyline disappeared into the distance, I wondered what made me so sad and longing about this city and at the same time so pure, unadulterated joy and so endless joy. I wondered why it was a place I couldn’t let go, why, despite so many obstacles and so many visa hurdles, I couldn’t sever the bond between myself and the city I loved with such unwavering passion for so long .

It was something I thought about for most of the day; when I was sitting in a cafe basking in the morning sun and when I was swimming in the ocean with my friend Jordan and when I got the ferry home; My skin was sandy and the sun kissed and buttery from sunscreen and salty from the sea. I never found my answer. But I wonder if that’s the joy and magic of life. The ignorance and the insecurity and the hope and the longing.

It takes a certain unconditional love to live here as an expat. But Sydney will pay you back a million times if you let it. In his lovely memoir Insomniac City – a recount of his time in New York – Bill Hayes wrote that he had to leave town to get a clear perspective on his time there and write his groundbreaking story about life in the Big Apple ;; Insomniac City. I wonder if it will be the same for me too.

He also wrote about talking to his former agent, Wendy, who once said about New York that she loved it so much that she couldn’t stand the thought that it would go on without her. “Yet,” he wrote, “the thought of leaving it, knowing how much I would miss it, is too painful to think about.” A feeling so poignant and powerful that I wish I had written it myself.

And thus. Two broken hearts, 17 visas, 2 deportations, countless flights home, a sea of ​​tears, 8 different homes, a bank of lifelong memories and lessons; an ocean of uncertainty; and yet. There is nothing I would change Sydney was my greatest teacher and my oldest love affair. ⠀

To many more wonderful memories together.