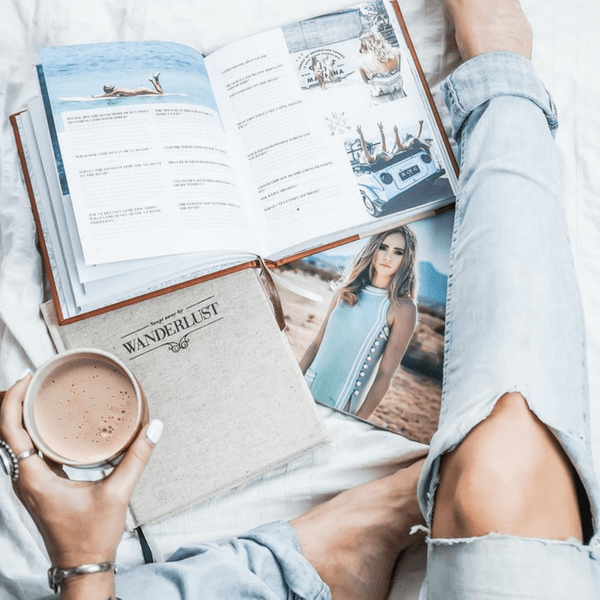 Nowadays, when someone asks how long I’ve lived in Australia, I’m never sure what to say. Technically, since arriving in September 2015, I’ve been here for thirty months. Having spent most of the past year abroad – living in Bali and Los Angeles for three months and spending eight weeks in London during the festive season – I was in Sydney for just over four months in 2017.

Regardless of the tech details of my time abroad, however, I thought that on my 30-month Aussie anniversary away from home, I would share three of the most important life lessons that living abroad taught me.

The future is uncertain

Talk to almost any ex-pat living in Australia about how long they would like to stay in the country Down Under, and most of the time you will face some level of indecision. One of the most lasting memories of the weeks before I left was when my friend Mona told me I would not go back after a taste of the Australian way of life. A number of her friends, she said, had gone with the plan of only staying a year so that they would never be seen on English soil again. I rolled my eyes – I was different, I thought – I loved my friends, family and life in London far too much to ever think about moving permanently. I never thought I’d still be here two and a half years later. despite the many and varied obstacles, still with no immediate intention to ever return home. Before I left London I had an idea of ​​what my future would be – what I would do; where i would live how i would live; Moving abroad has taken caution. it meant finding peace with the notion that the future is uncertain that mine could be spent in Sydney; it can be spent in London; it may not be spent in any. What I’ve learned is that wherever the future may be; and whoever it lies with, while happiness can be influenced by the places and people around us, it is ultimately something that we need to find within ourselves.

True friendships are a blessing

Life abroad intensifies many things; Life becomes a little more magical, a little more tangible, and all in all more real. Even after being away from the UK for more than two years, the smallest things can still leave me in a state of wonder. the beauty of this city; The country’s hidden gems, solitude and silence that are just a short drive from Sydney. The joy of daily life becomes more acute; but also the burdens. Perhaps most significant, however, is the impact my life abroad has had on new friendships. I developed almost family relationships and relationships that were sustained in an instant. and the friendships are the kind that will stay with me forever. They are the kind of friendships that, despite their length or longevity, or lack of them, are tied to a shared experience that shaped the course of my life as I once knew it and whether these friends are in my life for some reason, For a season or for a lifetime I am sure my life will be richer for it.

The importance of independence

Until I left my life in London, I don’t think I ever really knew or put into practice the true meaning of independence. I had traveled, yes, and lived away from home for nearly a decade, but with friends and family within reach, I remained very wrapped in a blanket of security; how much it didn’t feel back then. Leaving a life in London that I had nurtured for nearly a decade was a ridiculous risk in some ways – and of course it’s a wonder I ever really thought things would go the way I hoped would have . But while my time here had more bumps on the road than I could ever have imagined, the often dangerous trail has taught me resilience, grit, and an independence that I would never have learned if I’d stayed on home turf. It taught me the importance of living outside of my comfort zone, the benefits of risk and failure. and that in the end the journey we make through this thing we call life is one we go alone.